So I usually start with an apology for the lack of updates and honestly I would love to give one, but for once there just isn’t much to apologize for. I know that sounds like tough love, but this time it’s not like I have been playing games and wasting time and just plain out ignoring the comic. In fact that is the complete opposite and hell…I wish I had time to play some games and draw some comics.

To give everyone a quick back story on what has been happening in my life the last 7 months is easily summed up in 6 words…I’m going to be a dad. My little girl is due in October and as you can imagine we have had plenty to keep my wife and I busy just on that front alone, but I also decided to take on a second job to help out when the baby comes. I didn’t have to do this, but I felt it would be better for us in the long run and I would at least get to enjoy some of the spoils in between. Some of those spoils have been devoted to Otakon prep as this will be our first major con since Katsucon and so we needed alot of new stuff and I have spent the last month or so prepping for this as well. This con will feature some new prints by both Ryan and I as well as Fajita #2 and ATM #1.

Now I know I said I wouldn’t apologize, but I will at least say i’m sorry for not making everyone aware earlier, but for those who stuck around and sent me emails and messages I want to thank you for sticking it out and updates will resume within the next week. I haven’t stopped sketching and already have the next comic almost completed and things will look a bit different as i’m restyling the characters just a bit to be more in line with how I originally wanted some of them to look (it’s won’t be too drastic I promise and shouldn’t effect the main three much at all).

I won’t ramble on much more and i’ll point you to Ryans post with all the Otakon details! http://fajita.darkstar-studios.com/2013/08/05/otakon-13-teh-revenge/

One thought on “So yeah….Life and stuff!” 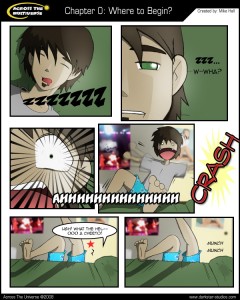